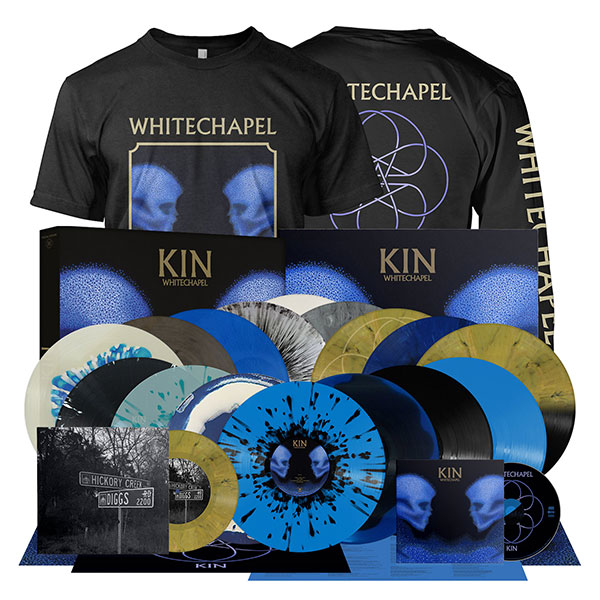 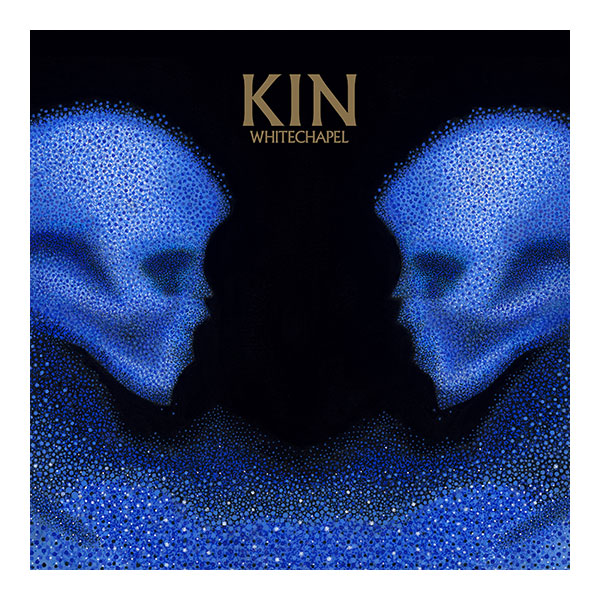 At this stage in the game, the name Whitechapel commands respect. Already sitting on one of the most enviable catalogs in contemporary metal, in 2019 they dropped The Valley, showcasing a confident evolution in their sound and standing as a true landmark release that sets a new standard for the genre. "To me, it was like the stars aligning for us to create our almost perfect record in regard to songwriting, vocal performance, the mix and master, and the artwork," says guitarist Alex Wade. "We like to look at our albums as chapters of our career, and that is one chapter I will never forget. I think it really solidified that we can embrace a new sound, and if we execute it properly, then the fanbase is going to support and enjoy it." In 2021, they return with that album's successor, the mighty Kin, which is an even more dynamic and diverse collection, further advancing the band's sound into new territory without losing sight of what brought them to this point. "I feel with every album, we learn what worked best on the last one and try to utilize that in our writing. Early in the writing, there was some discussion of the album being like 'The Valley' part II, not literally called that, but in how the songs sound and flow through it. It's very much a storytelling type record like 'The Valley' was," adds vocalist Phil Bozeman, "Musically, we just want to create what we vibe with at the given moment. We write music with how we feel and not what is expected of us, while lyrically the idea of continuing from the story of 'The Valley' was always the goal."

The commencement of writing for the album was a direct result of the Covid pandemic, the band having several tours lined up to finish out the cycle for The Valley, but when these got cancelled, they decided to refocus their energies and begin working on a new record. "We started writing sessions beginning in May and would write for usually a week solid, then take a few weeks off to let everyone digest that material, reset and gain new ideas and perspectives on the songs, then get back together for another week to continue the process," says Wade. Working for the first time with drummer Alex Rudinger, who has been touring with them since 2019, they treated writing like a job, working from 12pm to 7pm before taking a break, and if they found themselves grinding gears on a particular song, they would shift to working on another one, which helped refresh them. Wade also admits that following The Valley was initially a daunting task, something that he soon overcame. "I can't speak for everyone in the band, but personally, I did feel slightly intimidated at first, wondering if we could summon that kind of magic again, but after hearing some of the demos we were working on, I felt more confident in being able to recreate a similar vibe to 'The Valley' on the new one. I feel like our songwriting is done in layers, and as each layer is created and placed into the songs, they begin to take on a life and personality of their own. So, with each layer, you get more confident in the songs and the impact that they are going to have." The result is a collection that explores a lot of sonic and emotional territory, and for the first time, it could be said that a Whitechapel record is as much a rock album as it is a metal one, an assertion Wade agrees with. "It's still very much a metal album, I don't think you would hear any of the songs on mainstream radio, but there are elements of the record that have more of a rock and open vibe. We really wanted these songs to breathe and have life and to sound bigger than anything we've made so far. We have explored more singing on 'Kin' too. It wouldn't make sense to have the majority of the fanbase enjoy that sound and then shy away from it." This is not to say that the band have lost their hardest edges, with the full-on death metal assault that kicks off both "Lost Boy" and "To The Wolves" as brutal and serrated as extreme metal gets, and while Bozeman explores his wide-ranging singing voice more, he also cuts loose with his trademark roar across the album's eleven tracks.

With Bozeman exploring childhood trauma on The Valley, it was their darkest release to-date, but its successor, which continues the story told on that record, is darker still. The album title pertains to relatives, which is what the album is about, but the deeper meaning behind this plays into the idea that the vocalist's alternate reality/persona is his kin as well. "It's a fictional representation of a non-fictional story. I'm coming from a 'what if' standpoint. I'm also representing it in a way that conveys a more deep and dark frame of mind. This is all about what I could've been, had I decided to take the dark road. For the sake of storytelling, there are supernatural elements in play here as well," explains Bozeman. While each song is complex and would require going line by line to truly break down what they are actually about, Bozeman offers explanations of the first three. Opener "I Will Find You" takes place right after the last track off The Valley, "Doom Woods", which sees Bozeman entering into his life following the events characterized on that album. "However, I am being followed by my alternate reality/evil self. It's the part of me that can't let go and will go to any heights to find the real me and pull me back into the dark past that I want to move on from." Then there is "Lost Boy", where the vocalist and his alternate self meet for the first time. "He tries to convince me into going into his reality, which is a false sense of security. He knows I'm at a vulnerable point of my life, and this is a perfect time to pull me in. However, I resist and the alternate me is cast back into where he came from." This leads directly into "A Bloodsoaked Symphony", which sees his alternate self living through the tragedies of his life in a never-ending loop. Eventually the character kills himself only to find himself in the same world, but it's dark, depressing, and he's full of delusional thoughts. "My parents are with him, but in a brain dead, corpse-like state, but his delusion sees it as a way to be together. Throughout the song, he relives certain parts of our past life but with different outcomes."

These haunting lyrics and themes are accompanied by album art designed by Jillian Savage - as Wade explains, "The artwork was a concept that was developed by Ben Savage and the band that was hand-painted by Ben's wife, Jillian Savage. Ben arranged a mock-up of what we were envisioning digitally, then they projected that image onto a canvas, and she painted the piece in a pointillism style - dot by dot - over the course of several weeks. The result produced the perfect vibe for the more artistic direction of the record. Not only was the music painstakingly labored over, but the art was too."

Tracking of Kin was predominantly done at guitarist Zach Householder's home studio with producer Mark Lewis producing his fifth straight Whitechapel album, making for a very comfortable working environment. "Creating records with him has an effortless flow to it, and we can track things pretty quickly and efficiently these days," says Wade. "Mark has a great ear for giving us unique and complementary guitar and drum tones for the songs we are trying to record." Spending two weeks hunting for the right rhythm guitar tone before commencing, like writing, the band treat tracking like a job, putting in the hours between 12pm-8pm, Monday to Saturday, which is the most productive way of working. The tracks were then sent off to David Castillo at Ghostward Studios in Sweden in February 2021 for mixing, Ted Jensen mastering it in Nashville in March, making for a total of ten months spent on the record, the longest the band have worked on one to-date. Now, having another album they can be as proud of as its predecessor, it stands them in good stead as they look toward the future. "I see more growth and a limitless potential," says Wade. "I think we found a great formula on 'The Valley', and we used that to create another monumental record for our career that I can't wait for people to hear. We hope to continue to grow our fanbase with this new album, and always seek to move in a positive direction. I'm excited as the pandemic lessens for the touring world to come back to life and to be able to perform these massive songs we have created in the manner they were meant to be heard - live and loud."