Six Bands You Need to Know

A New Kind of Horror 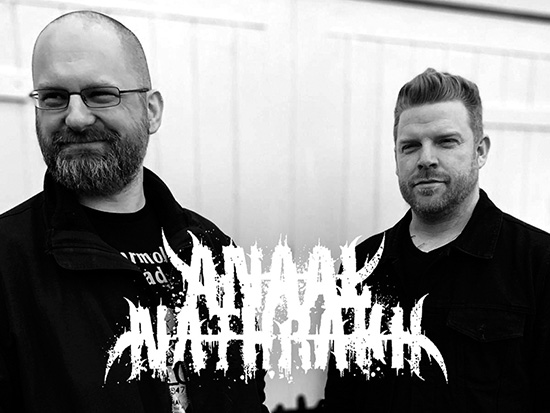 When writing about A New Kind Of Horror in the record's liner notes, Anaal Nathrakh vocalist Dave Hunt is succinct in his description: "This is not a happy album, it is bitter, vengeful, sarcastic, sardonic, violent, terrified and horrified, terrifying and horrifying in equal measure. Above all, it is human, and all that that entails. It's as sincere as we could make it." Those exposed to the ten tracks comprising the band's tenth full-length will be unable to deny the truth to these words, for lyrically, musically and sonically it is a punishing listen mired in darkness and seething with raw emotion. With multi-instrumentalist Mick Kenney pushing their distinctive hybrid of symphonic black metal, death metal, industrial and grindcore ever forward, Hunt draws lyrical inspiration primarily from the horrors of the First World War, contemporary politics, and the letters of D.H. Lawrence, creating one of the most powerful, timely and unique releases of 2018. 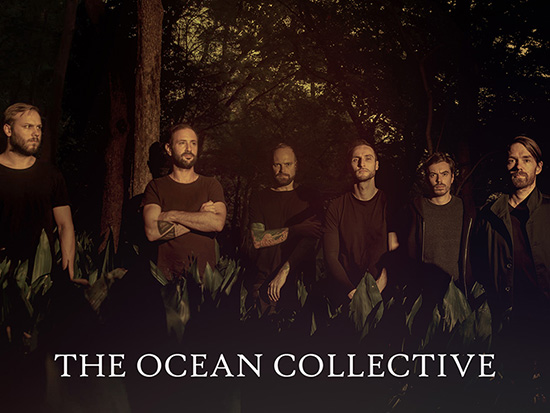 Since 2001, the Berlin-based musician collective The Ocean have released 7 critically acclaimed studio albums, and a split EP with Japanese post-rock legends Mono. With an ever-changing lineup of various on- and off-stage musicians and visual artists, the relentlessly touring group have become well known for their immense, mind-expanding live shows, which they have carried into the most remote corners of the globe, from Siberian squats to colonial theatres in Ecuador. "The Ocean do for earth science class what Mastodon did for Melville: make learning brutal", Decibel wrote about 2007's Precambrian, Revolver describing it as a "Teutonic paean to Earth's geology". 2013's seminal Pelagial, described as "a filmic ode to shifting moods, dichotomous influences and the musical personification of sinking towards the planet's deepest underwater points" by Rock Sound, was a milestone for the band, and their most conceptual work to date, and was ranked #3 at LoudWire's "Best Metal Albums Of 2013", and #5 in About.com's "2013 Best Heavy Metal Albums". 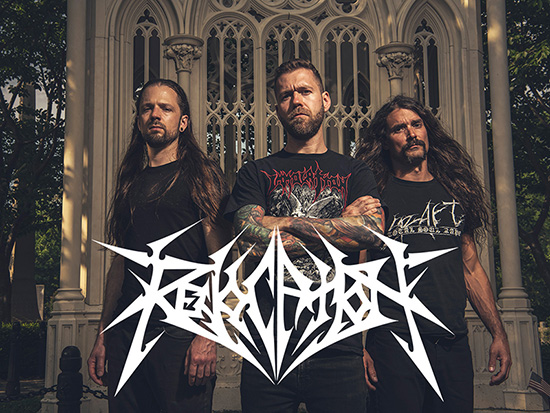 Pushing both the death metal and progressive elements of their signature sound harder than ever, The Outer Ones represents Revocation at their boldest, most aggressive and most complex. "I knew that I wanted to go in a darker direction, and this is our most death metal album to date," states vocalist/guitarist Dave Davidson. "Sometimes when death metal bands go down the prog route they lose some of that edge, but we wanted to keep the aggression at the forefront of what we do while still pushing our boundaries." Moving away from the societal and historical themes that informed 2016's Great is Our Sin, this time Davidson has immersed himself in the fantastic, evoking one of the great writers of the sci-fi/horror genre. "The title is my ode to H.P. Lovecraft and the entities of pure cosmic horror that rule that universe he created. Since the new music we were writing was so evil and spacey in sections it seemed to be the right title to fit the overall vibe." 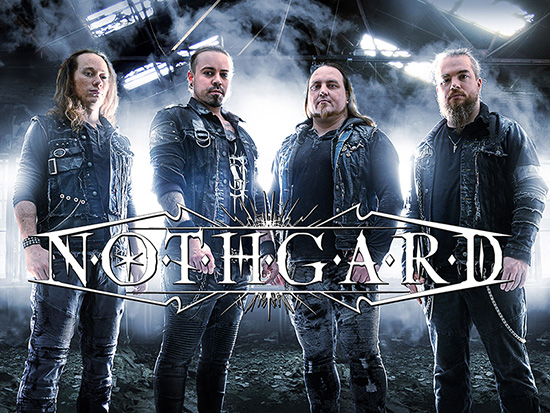 The compositions on 'Malady X' set the bar higher and the sound had to follow. The band itself did the recording and mixing. The watchful eyes of Dom R. Crey (Def-Creation Studio) and rhythm guitarist Skaahl (Southern Deathcult Studio) always paid attention to the details. Thus, they ensured that all the renowned guests were able to express themselves in the best way: Besides many others Noora Louhimo (Battle Beast), Veli-Matti Kananen (Kalmah) and Jen Majura (Evanescence) made their appearances. The final mastering was done by none other than Jens Bogren (Amon Amarth, Kreator, Arch Enemy a.o.) who leveled the songs even more up. Dom R. Crey states: "We are super happy with the outcome of MALADY X. Never before, we took so much care about all the details and the arrangements. We have never worked harder on any album before but it was absolutely worth it!" 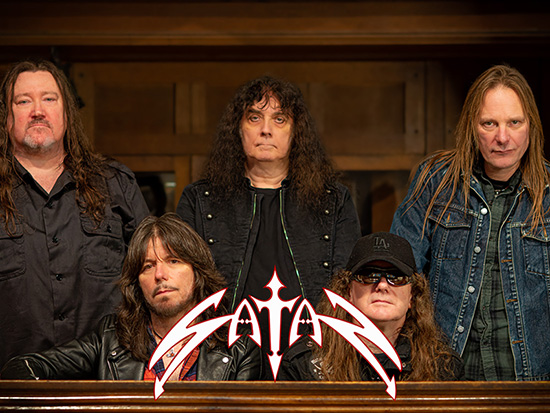 While standard bearers of the NWOBHM movement and responsible for '83's seminal Court In the Act and '87's Suspended Sentence, with Cruel Magic Satan make it abundantly clear that in 2018 they are not interested in simply capitalizing on past glories. Comprised of 10 tracks of searing metal, it is blatantly and profoundly the work of the Newcastle upon Tyne natives at their very best, infusing their signature sound with a more raw, wild and spontaneous vibe than they showcased on 2015's mighty Atom By Atom, in the process displaying more passion and energy than slews of bands half their age. Cruel Magic stands as "a personification of injustice in our world. Anyone who knows us knows we never sing about the Devil except in the most abstract terms. That said, we have no interest in light-hearted subject matter either. You will never hear the words 'rock and roll' in a Satan song, nor any references to sex, drugs, fast cars or motorcycles. But, generally bad things that happen in the world, real or imagined, and injustice in particular, has always been a big part of what drives us to write lyrics." 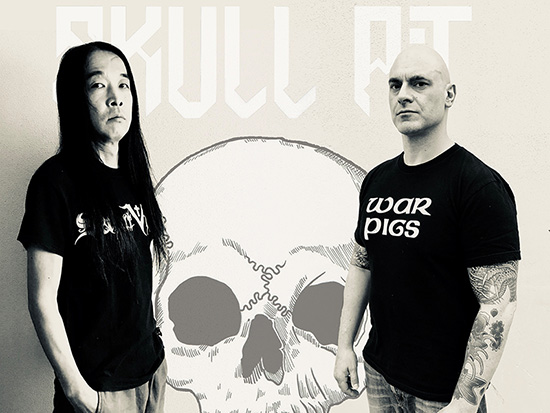 Skull Pit is a tale of two musicians from opposite sides of the heavy metal spectrum and the planet. One hailing from Tokyo/Japan, the other from New York/USA and meeting each other in cyber space in order to strike up a friendship and musically celebrate the spirit of their youth. Prior to writing and recording Skull Pit's debut album, founding members of Exumer, Mem V. Stein, and Church of Misery's, Tatsu Mikami, corresponded for some years online due to their mutual love and respect for each other's band, before embarking on their own joint venture. The two veterans endeavored to combine their favorite elements of bands like Motorhead along with the countless outfits of the New Wave of British Heavy Metal into one blistering and highly energetic 9 track album.The songs on Skull Pit's debut are a clear departure from what Exumer or Church Of Misery usually sounds like. Stepping away from Exumer's lighting fast rhythms and Church of Misery's slowed down Iommi inspired riffs, Skull Pit creates melodies in the vein of 70s hard rock and 80s NWOBHM with Lemmy's punk attitude.